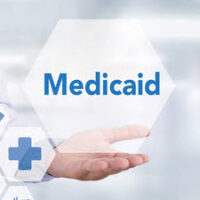 With the average cost of assisted living facilities ranging around $8,600 to $9,800 per month in Florida, elderly individuals and their families will probably be considering various ways to fund long-term care. Aside from using personal funds or insurance, the primary option in terms of public assistance will be Medicaid, since Medicare does not cover long-term care. As a needs-based program, there are strict eligibility rules for Medicaid as established by the Centers for Medicare and Medicaid Services (CMS). Applicants must fall under the minimum thresholds for income and assets to qualify.

If too much income is not a concern, you might expect that getting rid of property would clear the path for Medicaid eligibility. Not so. CMS has anticipated such a move by implementing penalties for those who attempt to sidestep regulations. A Dade City elder law attorney can advise you on legal ways to qualify, but you should understand the harsh implications of Medicaid’s “lookback” rules.

When you apply for Medicaid, CMS will review all asset transfers you made within the last five years. Officials are not concerned with transactions for fair market value; If you sold a car, real estate, or other big ticket items for what they are worth, you will not run afoul of the rules. The key is whether you transferred an asset for less than fair market value, or gave away money,  since doing so would be considered an “uncompensated transfer” – and the assumption is that you did so because you were trying to spend down your net worth solely to qualify for Medicaid.

Note that Medicaid does not consider transfers between spouses to be a violation of the rules. If the applicant spouse transfers assets to the spouse who is not applying for Medicaid, there would be no penalty.

The Medicaid penalty period is the amount of time you will be ineligible for Medicaid due to an uncompensated transfer or selling an asset for less than fair market value. In Florida, the penalty is calculated as follows:

Get Legal Help from a Florida Elder Law Attorney

There are multiple ways you can protect assets and still qualify for Medicaid, but it takes in-depth knowledge of the laws to work out a suitable, legal arrangement. To learn more about your options, please contact The Law Office of Laurie R. Chane. Individuals in Pasco County can call 352-567-0055 or go online to set up a consultation with an elder law attorney.

By Laurie R. Chane | Posted on May 19, 2022
« Next Steps After Signing Your Florida Estate Plan Documents
Guarantees When You Do NOT Have A Florida Advance Directive »